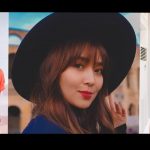 Manila. The Philippine Basketball Association will open on March 8 at the Smart Araneta Coliseum. The PBA Leo Awards ceremony will start at 4:30 p.m. in the afternoon followed by an exciting opening matchup of the reigning Philippine Cup champion San Miguel and 2018, 2019 runner-up Magnolia at 7:30 p.m. The national league’s theme for PBA Season 45 is “Tayo ang Bida!” In … END_OF_DOCUMENT_TOKEN_TO_BE_REPLACED

A stunning dunk photo of Lebron James is making rounds in the internet recently. The Los Angeles Lakers superstar is beautifully photographed as he did a behind-the-back slam dunk in a fastbreak against the Houston Rockets. The move is more special as it resembles a familiar classic hightlight by the Los Angeles Lakers legend - Kobe Bryant. It’s unknown if Lebron did it on … END_OF_DOCUMENT_TOKEN_TO_BE_REPLACED 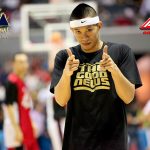 Jayjay Helterbrand officially announces his retirement from the PBA after 17 years in the league. "Yeah, that will be my last game as a player", the former PBA MVP and other half of Brgy. Ginebra's The Fast and The Furious confirmed last October 29, 2017 in an interview at Sports Desk in CNN Philippines. "This is one of the most special ones for me because it’ll probably … END_OF_DOCUMENT_TOKEN_TO_BE_REPLACED 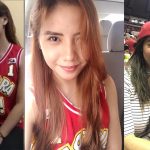 Remember the viral Ginebra fan who wrote an updated version of Gary Granada's hit "Sana Manalo Ang Ginebra"? She has a new version again this year. Now that the country's favorite ball club is back in the finals, Maria Gracia Gonzales - Cadiz serenades her fellow Barangay fans with a 2017 version. Her video post immediately went viral, viewed over 1.3 million times and … END_OF_DOCUMENT_TOKEN_TO_BE_REPLACED 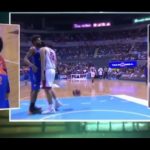 It's an early exit for Glen Rice Jr. The TNT Katropa import received two technical foul calls after shoving and throwing the ball to Kevin Ferrer, 1:41 mins left in the first quarter. The incident happened when Rice is going to get the inbound ball after a made basket by Ginebra. But the pesky Ferrer blocked his way. The BGSM forward got under the import's skin and did the … END_OF_DOCUMENT_TOKEN_TO_BE_REPLACED