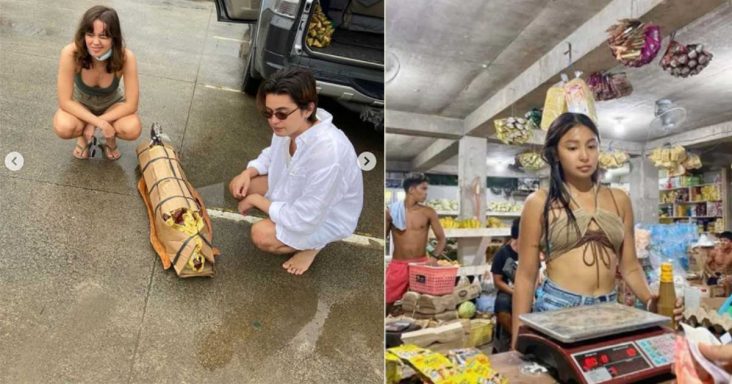 The sense of humor of the Filipinos is on different level.

That is why there is no doubt why one of the favorite love teams in the country and former partners James Reid and Nadine Luster is trending again.

Recently, there was a buzz about the actor James Reid who is currently on vacation in Cebu.

One of the photos uploaded by James on his Instagram caught netizens’ attention because it seemed like he was having a problem with the lechon on the wet road.

The imagination of the netizens entered and immediately connected James’ picture to the trending photo of his former girlfriend Nadine Lustre, where she was buying sauce at a store in Siargao.

The JaDine supporters seemed entertained because somehow. Their admiration is relived even with just memes.

When James and Nadine announced their breakup in January 2020, they remained close friends, nevertheless.

Many JaDine fans still hope the two will get back together again, especially since they were still close after their separation.

But in recent months, they had also lost hope that the two would be back together. This was when the news broke that there is someone new that makes the actress happy. That is Nadine’s rumored boyfriend, Christophe Bariou.

Although the actress still has no confirmation, it seems vague that Nadine and James will be back together again today.