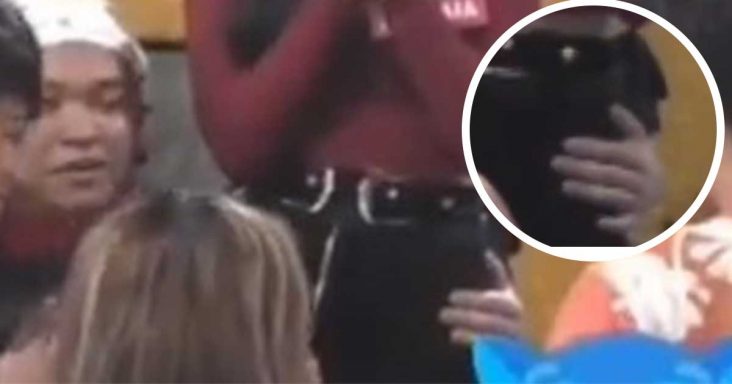 THIS IS NO LONGER A FRIENDLY TOUCH. THIS… LADIES AND GENTS… IS HARASSMENT. 😡#PBB SHOULD ISSUE A FINAL WARNING OR FORCE EVICT TJ pic.twitter.com/us2fVJ5Kup

The issue caught the attention of the Gabriela Women’s Party.

“We have taken note of several photos and videos related to the FORCE EVICT TJ Twitter trend.”

“A reminder that unsolicited touching and physical contact, even in the context of friendship or even relationship, can be a form of sexual harassment.”, GABRIELA wrote.

“We hope the PBB show can be a positive avenue for teaching this very important reminder, especially as we will commemorate #IDEVAW2021 with a call for the stricter implementation of Safe Spaces Act.”, GABRIELA added on a separate tweet.

The Pinoy Big Brother has yet to announce its official statement about the issue.

Shanaia Gomez is a newcomer in the music industry. She is a singer and a signed Rise Artist.

TJ Valderrama is a Comedian, actor, and It’s Showtime’s Funny One Finalist.

Also Read: PBB 737: Dawn and Zeus Sexy Dance Performance of “Love Me Like You Do”