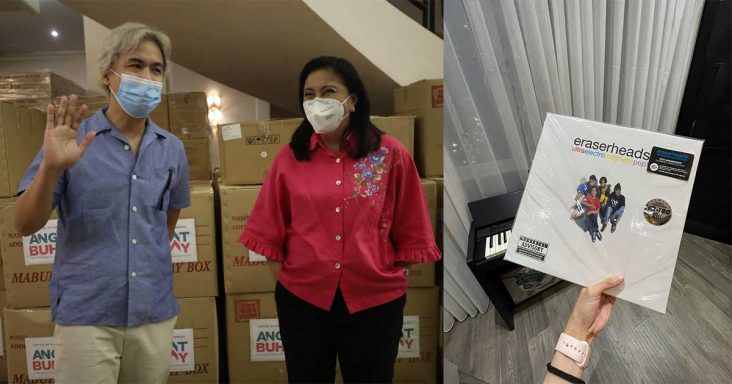 On Facebook, Robredo posted photos of herself and Buendia, along with the album given to her by the musician.

Robredo revealed that Buendia’s visit electrified their office, as many of her staff admire the musician.

“Ely Buendia in the house!! Grabe, nabulabog opisina. He gave me this Eraserheads 25th Anniversary Limited Edition on vinyl,” Robredo wrote in her post.

Buendia, on September 28, replied simply on Twitter that the defunct Eraserheads band would perform a reunion concert if Robredo runs for president in 2022.

At that time, Robredo had not decided whether she would run for the presidency.

However, some netizens reminded that when Buendia asked about his former band maybe rejoining again, he has a history of referring to possible yet far-fetched things.

Buendia then admitted in another interview that it was all just a joke that went viral. Moreover, he said he respects Robredo and is currently his top choice for president.