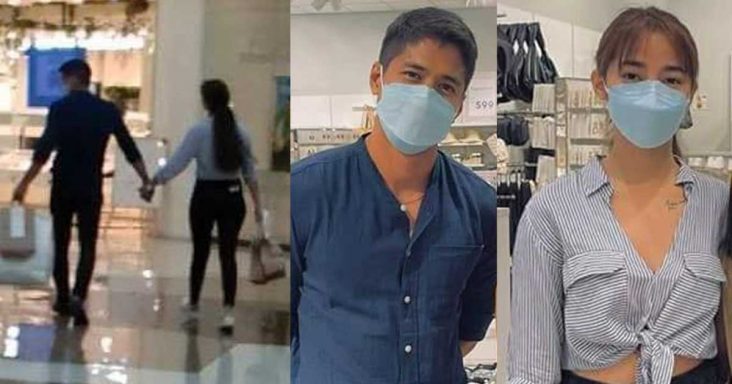 Sexy star AJ Raval and hunk actor Aljur Abrenica were caught on lens holding hands while walking inside a mall.

Aljur and AJ granted a woman to take photos with them while they were inside a clothing store. The other photo captured them holding hands while walking.

On PEP Live, sexy actress AJ Raval revealed the real score between her and Abrenica.

The 21-year-old didn’t hesitate to admit to PEP.ph’s “On The Spot Challenge” that the 31-year-old actor has currently courting her.

The two worked on the film Nerisa. Aj Raval recently confessed that they care for each other but are not in a relationship.

On the other hand, Kylie Padilla wrote in a Twitter post last week that she and her estranged husband have agreed to date other people in the light of rumors linking the actor’s name to another woman.

Moreover, a few months ago, AJ confirmed her breakup with actor Axel Torres, her boyfriend of almost two years.