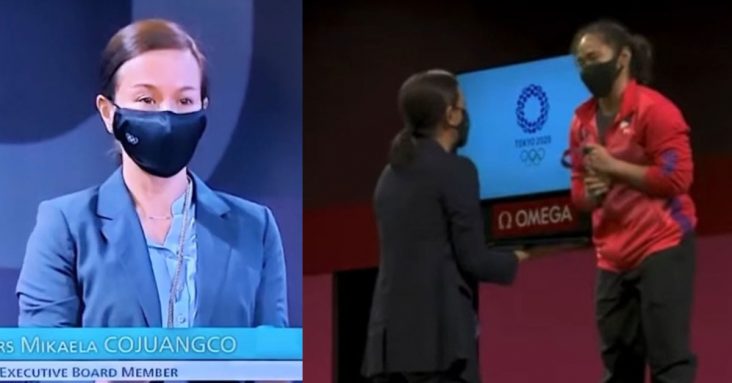 Hidilyn Diaz made fellow Filipinos after she bagged the historic first Olympic gold medal for the Philippines in the weightlifting women’s 55kg., July 26, Tokyo Olympics.

The momentous night for the heroic performance of Hidilyn Diaz was made even more special by another Filipina.

In a Facebook post by the National Quincentennial Committee, Republic of the Philippines revealed that “The lady in black who presented the Philippines’ first Olympic gold medal to Hidilyn Diaz is a Filipino. She was no other than but Mikee Cojuangco-Jaworski, executive board member of the International Olympic Committee and a Filipino athlete (equestrian).”

Another Olympic milestone for the country, the International Olympic Committee appointed equestrian legend Mikee Cojuangco-Jaworski as the first Filipino member of its executive board in July 2020.

Mikee Cojuangco-Jaworski was a gold medalist at the 2002 Asian Games in Busan, South Korea.