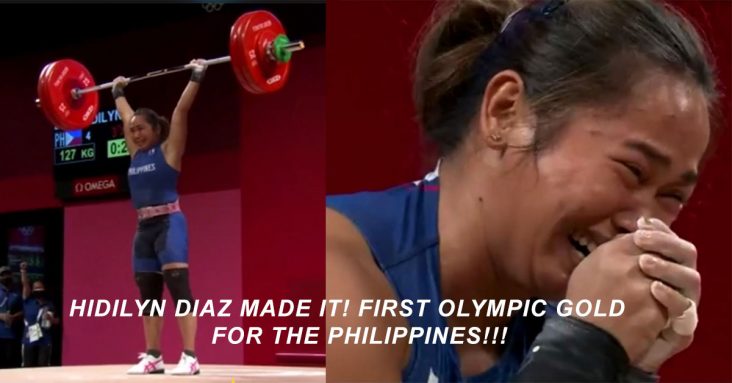 Hidilyn Diaz won the first-ever Olympic gold medal for the Philippines in the weightlifting women’s 55kg competition in Tokyo Olympics, an evening of July 26, 2021, Manila time.

The 30-year-old Filipina lifted 94kg in her first snatch attempt and recorded 97kg in the second attempt.

Hidilyn Diaz made her first clean and jerk attempt at 119kg., followed by another good lift at 124kg. This 2nd clean & jerk attempt made her in the back in the gold medal position.

Diaz denied China’s Liao Qiuyun, who took the lead with 126kg in her third attempt, in a thrilling historic head-to-head competition. Hidilyn Diaz completed her 3rd and final clean and jerk lift at 127kg that awarded her the gold medal.

Moreover, Hidilyn Diaz became the first Filipina athlete to win back-to-back Olympic medals after her silver medal in the 2016 Summer Olympics in Rio.