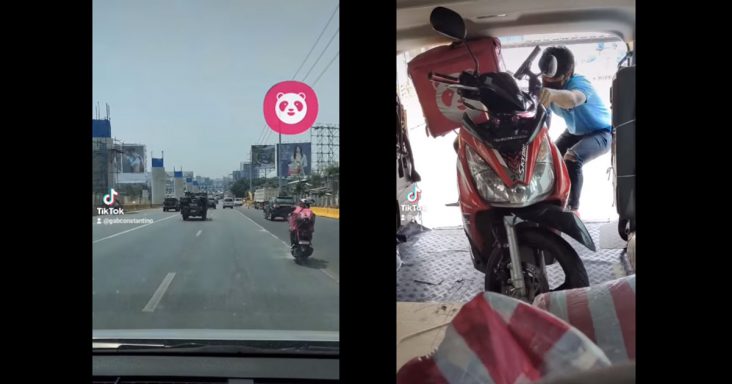 A vehicle driver earned praises from Filipino netizens after he helped a Food Panda app rider, who was lost while entering the North Luzon Expressway (NLEX).

Gab Constantino helped the food delivery rider by allowing him to put the motorcycle inside the van and took the rider to the exit point where he would not get caught by the traffic enforcers or lost again.

The kindhearted vehicle driver documented their encounter with the delivery app rider in a Tiktok video, which is also posted on his Facebook account. Thousands of netizens appreciate what Constantino did in the now-viral video. The 2 minute and 14 seconds clip has gathered more than 120 thousand positive reactions, shared more than 35 thousand times, with 1.1 million views.