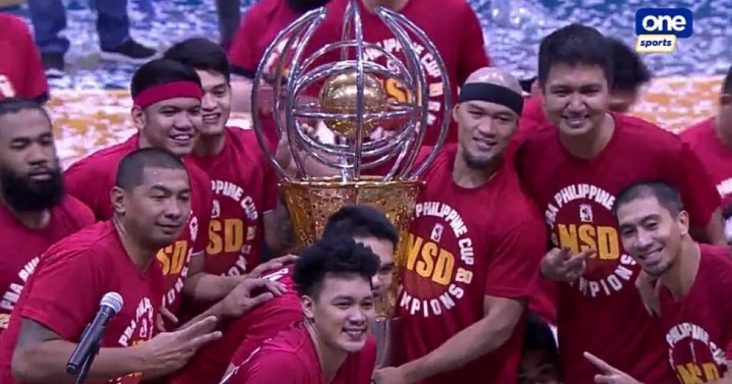 PAMPANGA. The Barangay Ginebra San Miguel (BGSM) won their first Philippine Cup title in 13 years after they beat the TNT Tropang Giga, 82-78 in a nail-biting Game 5 of the PBA finals inside the AUF Sports Arena and Cultural Center.

The Kings closed the series to 4-1 and grabbed their 13th title in franchise history.

A lot has been written in the history books after the Barangay Ginebra won PBA Philippine Cup in the bubble.

Japeth Aguilar had an inspired ball game performance. The 6-foot-9 power forward/center scored a career-high 32 points. He tallied eight rebounds, three steals, and two assists, with a couple of dunks as well.

Here’s one of the highlights of the game, Tenorio lob passed to a Aguilar slam dunk.

The BGSM franchise tied Crispa for the fourth-most in league history.

Fans shared their joy for the team as “Ginebra”, #pbafinals, #WeAreGINE13RA trended on Twitter.

Moreover, 316 thousand viewers were recorded watching the live stream on the Facebook page of PBA.