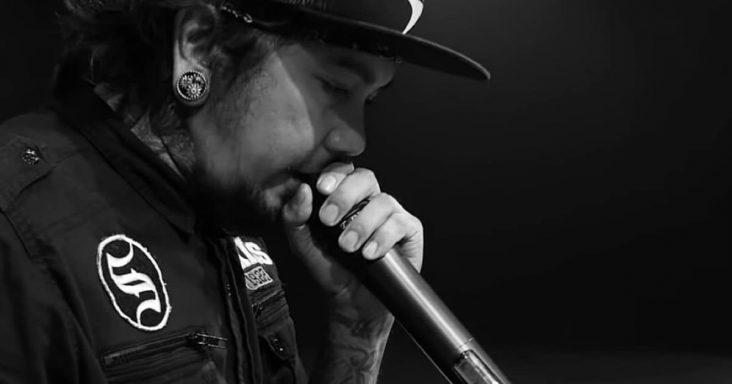 According to the Talipapa police report, Jamir was found lifeless inside his house in Quezon City, Thursday morning, November 26 via GMA News Online.

Garcia was then rushed to Metro North hospital, but the attending physician declared his body dead on arrival.

Friends and fans of the Filipino rock metal band vocalist expressed their grief for the sudden passing of Jamir. His name trended on Facebook and Twitter as the fans of the Slapshock frontman shared video clips in gigs and rock concerts.

“The MYX Philippines team extends our deepest sympathies to the loved ones of Slapshock frontman Jamir Garcia. A fierce performer on stage, Jamir was one of the nicest and humblest rockstars we’ve had the pleasure of working with. He will truly be missed in the OPM band scene.”, MYX Philippines tweeted after confirming the news.

One of the recent performances of Jamir with Slapshock in MYX Philippines All Music episode.

“This line hits different now”, one netizen pertaining to a line in Adios song by the band.

“Been always a “lowkey-fan” of Slapshock and Jamir Garcia since elementary. I remember having my arm inked with “SLAPSHOCK” and “JAMIR” using my ballpen, every friday yun. Grew up listening to their songs, hanggang ngayon. Rest easy Jamir! Napakasakit sa puso.”

Music photographer, in light of Jamir’s passing, Nina Sandejas reminded everyone to “appreciate our musicians now more than ever, especially this time where live music doesn’t exist and can’t guide hearts to find the right beat.”

Actress and known rock fan, Chynna Ortaleza shared her favorite memories with Jamir. “Saw you in UP when I was a young girl rocking out to Agent Orange. Saw you again recently in UP Hiwaga. You were such a presence on stage! But My favorite memory was seeing you be a father to Heaven & supporting Jaya. Jamir..”, she wrote.

Moreover, Jamir’s sister has a plea to everyone to delete the photos of Jamir’s remain circulating online in respect for his memory. Reposting and sharing will be reported to take down.