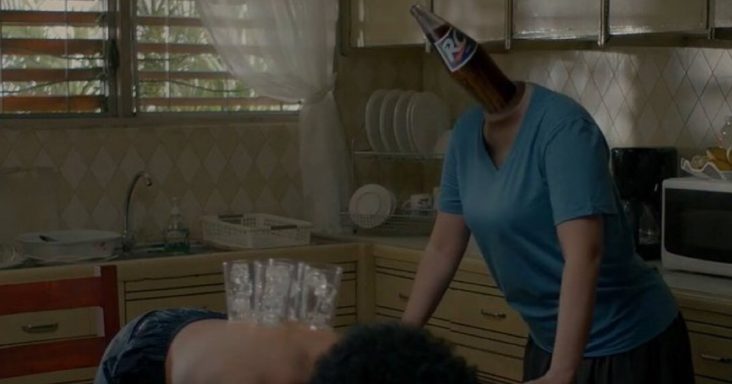 The recent local ad of an American soft drink brand stirred a buzz on social media.

Recent RC Cola advertisement left netizens confused and make them wondered about the meaning of the said brand’s video commercial. The soda brand’s commercial about a mother and child that turned the two into surprising revelations gave netizens the questions to answer.

In the video, the dramatic conversation lead the child to reveal his four empty glasses on his back. Then, the mother has her own revelation wherein she has a bottle of the RC Cola soft drink inside her neck.

The beverage company’s brand name trended on Facebook and Twitter and created reactions from those who watched it. Many tweeted their reaction and personal interpretation to the said video.

One netizen interpreted that the ad showed the importance of the presence of a mother for her sad child.

“Rc cola ad says that even when you feel empty or indifferent or things turn not as you expect it to be, our Mom will always be there to fill-up those emptiness and make us feel that we’re not alone.”, one netizen tweeted.

On the other hand, an illustrator created a digital cartoon of the remarkable scene of the mother and child in the commercial.

On Facebook, Daniel Dela Cruz gave an in-depth analysis of the video using his knowledge in Reading Visual Arts.

“RC Cola Philippines lastest Advertisement taught us that — “It takes courage for a mother to share something she may kept inside, but it’s something that can fill the emptiness of a child that he may also constantly hide”, Dela Cruz started his post.

“SUMMARY: The child went home with questions until he revealed himself with 4 empty glasses unto his back. It was followed by a Mother who took her head off, filled it with ice, and poured the said beverage which she may (be) trying to get rid of. The video ended up with a scene of a father and sister, where they shared the 4 glasses of RC Cola together.”, he wrote.

“MEANING: It depicts the emptiness that the child may carry for a long time, and imagine how hard it is for a Mother to reveal the truth and share it to give what’s meant for her child. As the glasses were filled, the family (was) completed and they enjoyed the moment. How RC Cola incorporates, “Kapag merong problema, mapag-uusapan kasama ang RC Cola” was great”, DelaCruz explained the elements of the scenes.

“yall have to admit the fact that RC Cola’s goal was to truly shock the social media with weirdness and that is something out of the norms of advertisements. It’s always been like cheesy love and sad stories, and they went really out there, kudos to the team who thought of this!”, the netizen wrote.

Moreover, one netizen applauded the team behind the soft drink’s ad for their brave approach of going out-of-the-box, and successfully created a buzz for the brand.

As of this writing, the video of the RC Cola ad has garnered 4.6 million views, one day after it was posted on their Facebook page.

Also Read: This Ad Will Make You Realize That There’s Life After Heartbreak! Must Watch