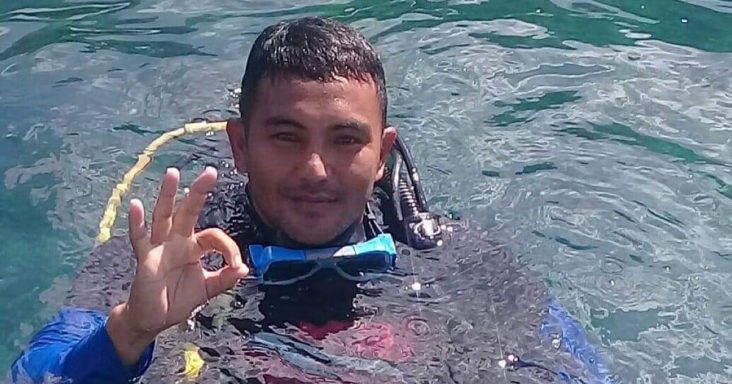 A brave volunteer rescuer lost his life by saving the lives of others in flood-hit Brgy. Linao, Tuguegarao City, November 13.

Kelly Villarao was one of the rescuers in a motorboat that collided with an electric post and died after electrocuted. Villarao left his wife and their five-month-old son. The heroic frontliner and life-saver worked in the Bureau of Fisheries and Aquatic Resources.

Netizen Ian Saquing Maggay posted on Facebook and asked to commemorate the death of he refers as a brother, Kelly Villarao.

Maggay requested if his post appeared on one’s Facebook feed, “may I ask from you a moment of silence to commemorate the death of our Brave brother who lost his life by saving the lives of some Tuguegaraoeños during the flood and typhoon rescue operation at Brgy. Linao, Tuguegarao City last night.”

“May you rest in peace our dear Brother Kelly Villarao – a frontliner, life saver, a volunteer rescuer, and a true Hero of this generation.
We salute you for your bravery and heroism!”, he said.

“Your heroic story will be kept forever in the hearts of every Cagayanoes.”

“What is more heartbreaking is naiwan nya ang kanyang asawa and his 5-month-old son that now both will continue to face the challenges of life without him.”

“After he risked his life by helping others, maybe we could also extend at least a little support to the bereaved family.”

Below is the bank account number of Kelly Villarao’s wife and available GCASH account for those who want to donate in kind.

Or to her CoinsPH: 33LGr9LchqRMZDfxM4aaVXjRGoEtTWMiqz