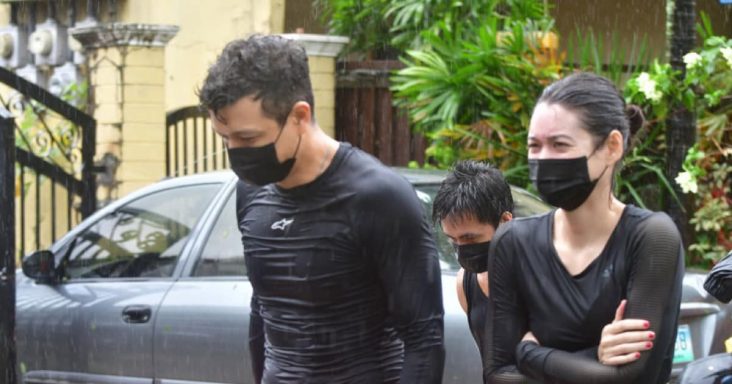 Kapamilya actor Jericho Rosales and wife Kim Jones helped the rescuers of the stranded victims of typhoon Ulysses in their village, November 12.

In a Facebook video by netizen Sheena Elijan, the couple with their surfboard were seen checking their neighbors after the flood brought by the typhoon Ulysses.

Rosales encouraged the public to support the rescue teams and hopes they could get enough funds to buy important equipment and devices.

Moreover, Rosales with his surfboard also did the same back when the tropical storm Ondoy hit the country in 2009. In comparing the effect brought by typhoon Ulysses to Ondoy, he said, “Wala akong data or facts pero in a sense na hindi natin nalaman na tataas ng ganito [ang baha], mas malala ito para sa akin.”

Despite the difficult situation, he said that it’s best to be calm, don’t panic, and be better prepared if something similar could happen in the future.

“Stay calm and siguro it’s too late now to complain or anything so mas maganda, kung tayo mismo in the future we can prepare. It’s always preparation para sa akin. Preparation ng mga nasa bahay and ng mga rescuers. Of course, support the rescuers. I hope they get enough funds for rescue. We get better warnings sana for the people para hindi na mangyari.”