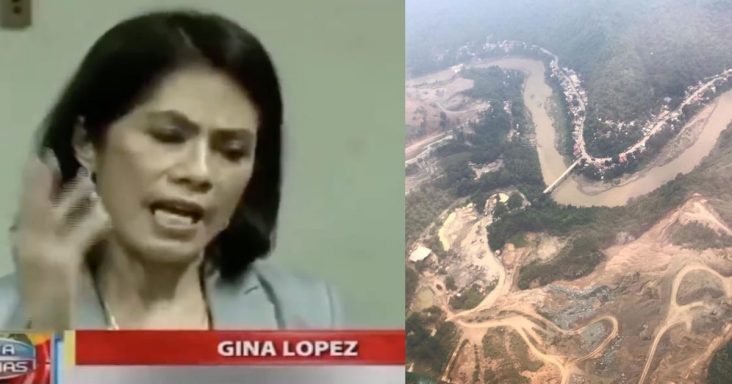 The late Gina Lopez’s post urging for reforestation of watershed in Metro Manila resurfaced on social media after the catastrophic flood brought by Typhoon Ulysses in the Philippines.

In September 2017, Gina Lopez called for the reforestation of the Marikina Watershed via a post on Facebook. The environment champion shared photos of the balding watershed in the aerial view. Lopez blamed the condition of the watershed on the illegal quarrying activities in the supposedly protected area.

“I’m currently in a shoot for the second season of G Diaries. Our first episode, which will air this December will be on the Pasig River. So, we took aerial shots of the Pasig River… But I also wanted to visit the Marikina Watershed because many people say it needs to be reforested.”, she started her post.

“It is important that we rehabilitate this watershed because it is the first line of defense of Marikina, Quezon City, Antipolo, Pasig, Cainta, San Mateo, etc., against rainwater surging from the uplands of Luzon.”, she explained.

I'm currently in a shoot for the second season of G Diaries. Our first episode, which will air this December will be on…

Moreover, the reuploaded video clips of Gina Lopez’s speech after rejected as Environment Secretary by the Commission on Appointments in 2017 also gained attention on social media.

The beloved environmentalist and philanthropist died in August 19, 2019.