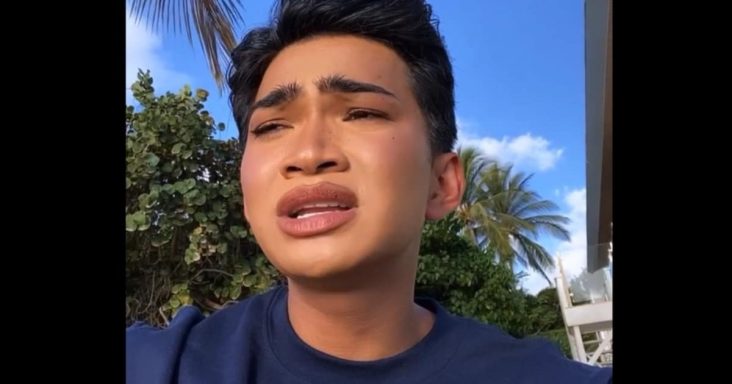 Filipino-American influencer Bretman Rock shared concerns about his childhood hometown Cagayan, November 14, after the typhoon Ulysses hit the province and submerged underwater. The popular vlogger raised awareness to his followers and then questioned the response of the government to the disaster.

On Instagram Stories, Bretman opened a serious talk, “The past couple of days they have been struck by many typhoons and I know there’s more on the way and my town is literally submerged underwater”.

”I’ve been seeing a lot of videos on Twitter of people literally crying and begging for help and it’s just so crazy to me because those are literally my people before that I grew up around, people from my town…”, he said.

”Before my way on set today, I was crying and crying because I just could not fathom like how could it be my home.” he shared.

Bretman cleared to his followers that he was not asking for donations but aim to raise awareness about what’s happening in the world.

”I’m not asking you guys for donations I’m really not I am just asking for I’m just really just trying to shed some light and share some awareness because I do know that there are things happening in the world right now and I just need to believe that you should take care of yourself course before I’m trying to take care of other people.”

”I just want to share that I found really interesting is people and for lack of better work, people are praising me for bringing awareness into what’s going on in my hometown and as much as I appreciate it, thank you so much I don’t think that I should be something that I should be doing. I mean I grew up there and I really would not be the person I am today…”, he added.

Moreover, Bretman Rock called out the government for its initial response to the calamity in his flood-hit hometown.

According to a report of ABS-CBN News, as of Saturday, 24 of Cagayan’s 28 towns and 1 city were still flooded. At least 9 people have died due to the unprecedented floods, while 13,2018 families or 47,081 were affected.