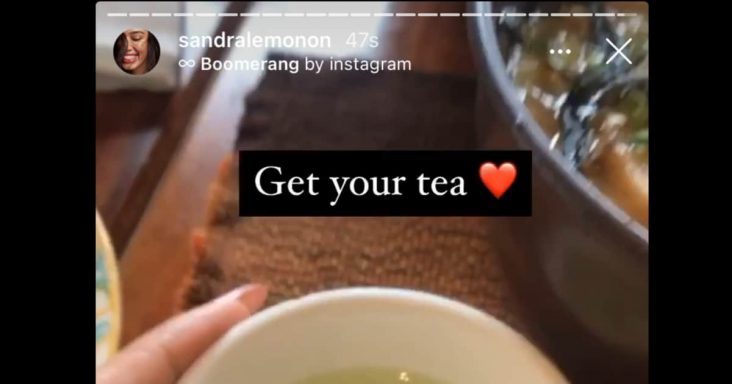 The Filipina-French beauty pageant candidate trended on Twitter following the announcement of the winners of Miss Universe Philippines 2020.

“Get ready loves, tomorrow I will be announcing big news, it’s time to be honest & speak facts”, she wrote.

Then she followed it with “the truth always comes out… It’s just about timing. Karma is real soon… Because we deserve justice”.

On the other hand, Miss Universe National Director Shamcey Supsup-Lee posted “To bear defeat with dignity, to accept criticism with poise, to receive honors with humility — these are the marks of a true QUEEN”.

One minute later after the IG story post of 60th Miss Universe 3rd Runner-Up, Lemonon followed her earlier statement posts on Instagram Stories with a “Get your tea”, which seems an indirect response to the MUP National Director, with “Accepting defeat graciously is one of the many mark of being a queen. But what you forgot to say Is that REAL queens play FAIR don’t CHEAT”.

The Instagram Stories of the former Binibining Pilipinas candidate gained mixed reactions from the netizens on Twitter, some even wait for her to “spill the tea”.

“Seeing Miss Taguig Sandra Lemonon’s mystory in Instagram makes me realized that she’s a sour loser and doesn’t accept the fact that she lose. Get over it ghorl”, one tweeted.

“Sandra Lemonon lost to Catriona Gray twice & she never mentioned any injustices and unfair treatment in the past. Therefore, there’s really something wrong that made her speak up not only for herself, but also for the other contestants.”, YouTuber Vince Montiero tweeted.

“Dear Sandra Lemonon, If you have problems address it directly to the management instead of posting it publicly. The tag line “Phenomenal woman” in Miss Universe Philippines is nowhere to be found after the pageant.”, one netizen advised.

Miss Iloilo Rabiya Mateo was crowned as the Miss Universe Philippines 2020. The following are named as:

Mateo will represent the Philippines in the international Miss Universe pageant next year.