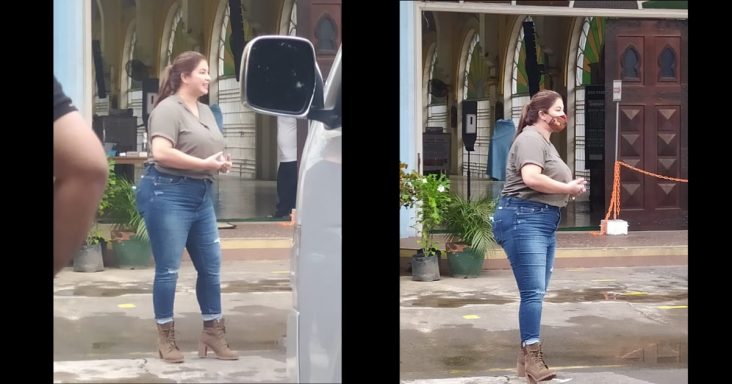 A netizen expressed her awe after she met Angel Locsin in person.

The Kapamilya actress was filming for her TV Show, ‘Iba Yan’ at Our Lady Grace Church in Caloocan, October 5.

Angelica Santos took the chance to shoot some photos of Locsin and uploaded them on Facebook.

The photos immediately went viral, picked up by some news and Facebook pages.

However, Locsin’s current physique was noticed by some netizens and even body shame the actress.

But the fans of the former No.1 sexiest woman in the Philippines were quick to defend the Kapamilya celebrity from the bashers.

Santos said she also experienced sudden gain in weight. She also has an important message to those who do body shaming:

Moreover, Angel Locsin topped as the most admired woman among online users in the Philippines according to a poll by a UK-based market research and data analytics company last September.