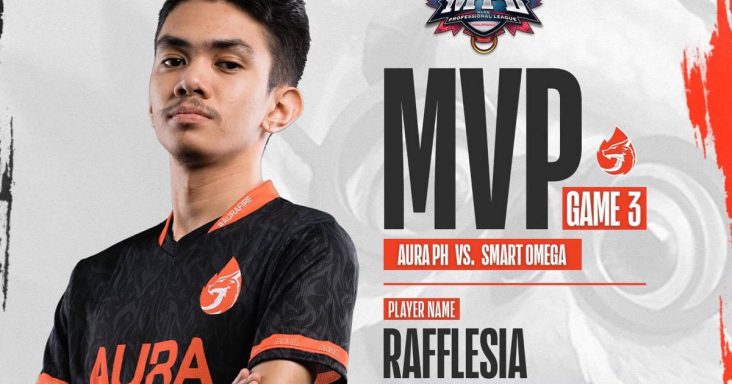 Once again, Aura PH surprised their opponent with the feeding Diggie strategy and gave them the win!

After the reigning Mobile Legends: Bang Bang MPL-PH Champs tied the series against Smart Omega, they need to snatch another game in the MPL-PH Season 6 Week 6 Day 3 best-of-3 to bag the series.

As expected, team captain Rafflesia took advantage the map strolling egg form resurrection skills of the said support hero to annoy the enemies and give map vision to his allies at the same time.

The Diggie strategy made more sense when Aura PH also picked Natalia, the assassin hero that has invisibility skill, played by Greed. The assassin benefited well to the feeding Diggie strategy as the support hero gave added exposure to the location of opponent’s carry heroes. They also picked two good offlaner tanks, Uranus and Balmond, with Yi-Sun Shin, the marksman with global map ultimate skill.

Moreover, Haze finally picked Chou, which he is widely well-known in the Mobile Legends: Bang Bang community. However, Smart Omega affected by the play style of Rafflesia’s Diggie.

Rafflesia’s Diggie troll game play once again made him the MVP of the game with 0-17-10 KDA.

Aura PH became one of the top trending topics in Twitter Philippines after Rafflesia unleashed the unconventional game play in the country’s popular 5v5 MOBA.

On the other hand, the new lineup of Bren Esports stay undefeated this MPL Season 6 as they sweep the series against Execration. Bren Esports on top of the standings with 5-0 record. Earlier, Cignal Ultra beat BNK Blufire in a dominating 2-0 record.

Watch the Game 3 match-up of Omega Esports and Aura PH in the video below: