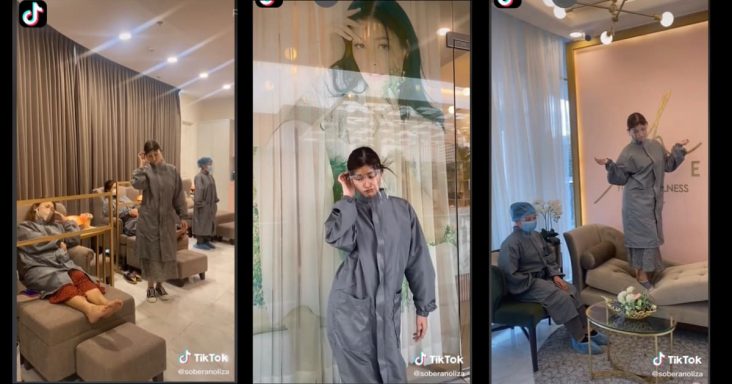 Liza Soberano joined the fun and danced to the viral Tiktok craze among Filipinos – “It Really Hurts Challenge”, Wednesday.

In the tune of the hit song “Kabet” by Gag*ng Rapper, the Kapamilya actress took on the challenge. Liza copied the facial expression and dance moves popularized by the internet star, Mimiyuuuh, inside her spa business branch.

The 20-second video has been liked 858 thousand times, with 5.5 million plays on Tiktok, as of this writing.

Mimiyuuuh first danced the “It Really Hurts Challenge” in August and become a viral trend, on social media sites.

The dance challenge started by the vlogger has been a trend for most Filipinos.

Moreover, Tiktok recorded 3.5 million of uploaded videos by the app users. Most are Filipinos went fun and creative, mimicking dance moves and facial expression of Mimiyuuh while dancing to the Filipino rap song.

Other showbiz personalities like Ella Cruz, Vivoree, Josh of SB19, and internet star Bretman Rocks also got their own version of the Tiktok challenge.