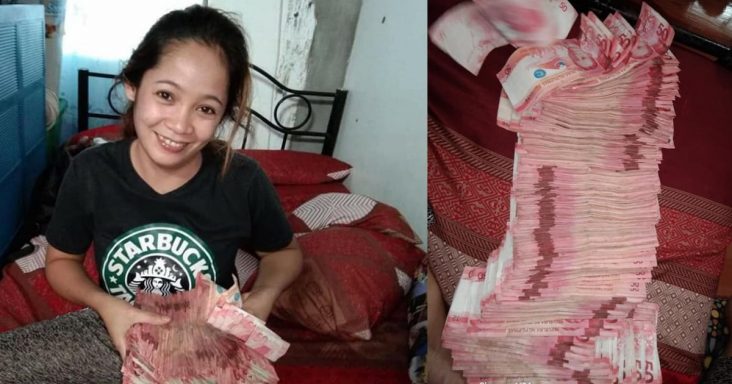 A netizen shared on Facebook the photos of the fruit of taking the 50 peso challenge after a year.

Kember Flores Casabuena got inspired in an episode of Kapuso Mo Jessica Soho (KMJS) about the money challenge and personally gave it a try.

The challenge is to ignore every 50 peso bill, as if they were invisible in their hands. Kember started it by dropping the initial money in a shoebox. She whispered that the goal is for her “house”.

She remembered someone told to start with three pieces of 10 peso coins when starting a piggy bank, which she did.

At first, her partner didn’t like what she was doing but eventually supported her when witnessed her eagerness.

Their plan to start to build their house was set in April. But due to the community lockdown, they temporarily paused to take the challenge as no stream of income was running in 3 months. They also used some of their savings then eventually returned the borrowed money.

The couple decided to build their house in July or August so they can add more to their savings.

After one year, Kember and her partner finally started the construction of their planned house. Kember said because of discipline, avoidance of fancy materials, and faith in God, the blessings came. She also urged other netizens to take 50 peso challenge.

Also Read: This millennial Filipina’s own money challenge will inspire you to save too!