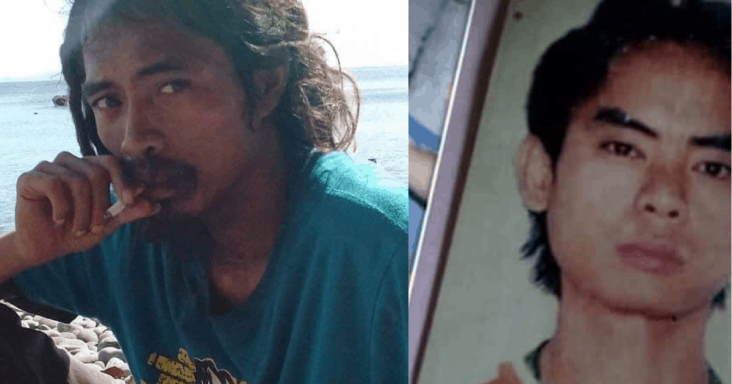 A wife named Jennifer Emnace of Sagay City, Negros Occidental believes that the man wandering near the ocean of San Franciso, Southern Leyte is her husband, Nomer.

In an exclusive interview by Bombo Radyo with Mrs. Emnace, 46, the MV Shipper that sunk on August 7, 2010, was her husband worked as a Seaman.

According to her statement, Nomer called his parents to inform them about their situation before the ship sank in the Marinduque ocean. But he wasn’t able to be contacted after a few minutes of his call.

Based on the survivors, who were Nomer’s companions, they tied Nomer to a plank and suddenly disappeared and believed drowned.

But on August 24, 2020, Jennifer’s kumare shared a link from a post by Lisa Mike Corporal tagged on the Facebook group, Raffy Tulfo In Action. It says that man is wandering around in their area, four years now. Corporal calls on the man’s family.

When Jennifer saw the man’s face, she did not think twice that it was her husband.

Jennifer immediately contacted Corporal and asked if the man has a scar on his right eyebrow and a lump in his foot. Corporal confirmed the two.

Jennifer said that they videocall on August 27 with the help of Corporal. She sang to the man the song “I Swear by All 4 One”.

Jennifer was surprised when the man also sang the song. Because of that, she couldn’t stop crying at that time. She added that when the man saw her crying, his tears flowed.

Nomer’s mother also called via video call with the man. The man tried to say ‘Mama’ with no voice came out of his mouth.

And because of these acts of the man, Jennifer is 100% convinced he is her beloved husband and father of their four children. Nomer Emnace is not dead and only in Southern Leyte.

Jennifer is currently in Montalban, Rizal, to process Nomer’s death certificate but decided not to pursue it anymore.

She said, after processing the medical and travel pass on Saturday (September 5), she will immediately go to Southern Leyte to personally see her beloved husband.

Also Read: Viral: A nurse helps deliver the baby of a woman on a sidewalk