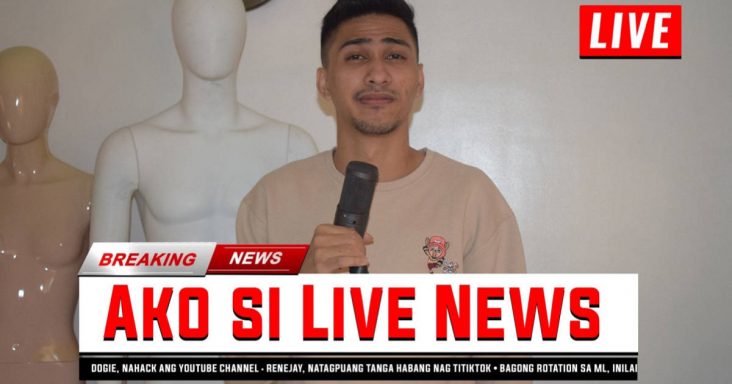 UPDATE: Akosi Dogie successfully retrieved his YouTube Channel. All of his previously published videos are back.

Mobile Legends streamer Akosi Dogie woke up this morning found out that his YouTube channel has been hacked, Thursday, September 24.

The YouTube Channel has been renamed to ”Live News”, which has a video about cryptocurrency exchange.

Akosi Dogie’s previous uploaded videos were no longer seen in the said channel, which has 4.81 million subscribers as of this writing.

In a Facebook live stream, Akosi Dogie expressed dismay after he found out about the hacked YouTube channel. He said no notification alert appeared on his phone even he was using 2-factor authentification.

When he’s about to check emails, Akosi Dogie was surprised that his Gmail account was signed out.

The gaming video creator already reported about the incident to Google and YouTube. On his Facebook, he even managed to poke fun about what happened. He uploaded a new profile picture on his Facebook Page that with graphics saying ”Breaking News Ako si Live News”.