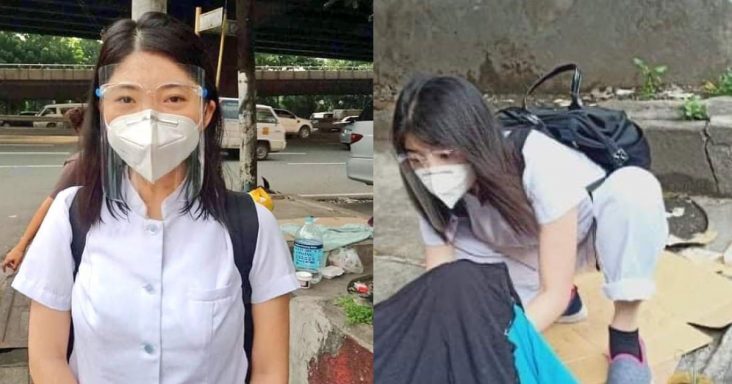 A nurse was on her way to work when she helped a street dweller gave birth at the corner of Gen. Estrella street in Barangay Bangkal, Makati City, on the morning of August 18.

The 29-year-old nurse identified as Mary Lorrainne Pingol joined the rescue team of the barangay and helped the 30-year-old woman to deliver her baby safely.

According to the report of Anjo Bagaoisan in Headline Pilipinas, using the equipment brought by the rescue team, she took out the placenta from the mother and umbilical cord of the baby girl.

Afterwards, she left instructions to the rescuers after the mother and child were brought inside the ambulance.

Lorrainne was calm and relax, as she wasn’t panicking while doing the operation. Christian Jacinto, head of Emergency and Disaster Response in Brgy. Bangkal said in the radio interview.

Lorrainne was in a rush at that time because she woke up late, and needed to do a 30-minute walk to go to work in an HMO company.

“May sinumpaan kaming Good Samaritan … wherever you are kahit outside of work pag may nangailan ka, in the name of humanity you have to help because you’re a nurse,” Pingol said in an interview.

She was a student when she last experience to help a pregnant deliver a child.

The woman with her child were at the Social Services of Makati admitted.

(Maybe it was a plan of God that made me woke up late and perfect timing to see the woman so that I can help. I think it was fate.)