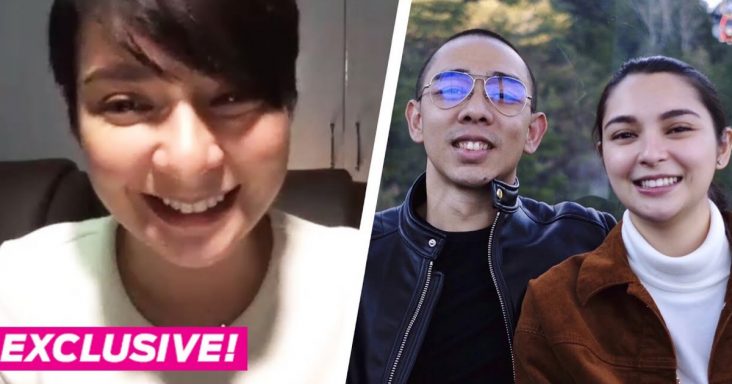 Versatile Filipina actress, Ryza Cenon revealed today publicly that she is having a baby, Wednesday, July 1. The actress shared photos of her baby bump on Instagram.

Last night, June 30, Cenon confirmed she is five months pregnant in an exclusive online interview via Zoom with pikapika.ph.

It was in April when Cenon observed she was already 2 months “delayed” of menstruation, so they did pregnancy test to confirm her suspicion.

Now that she is already on the fifth month of her pregnancy, they knew the gender of her baby. It’s a baby boy.

Ryza Cenon’s fiance and father of her baby boy is Miguel Cruz, a cinematographer. According to the actress, Cruz courted her in seven months. She also revealed that they haven’t worked yet in any film or TV project. Interestingly, they were matched by their common bank manager friend.

Some of the recent works of Miguel Cruz are Mission Unstapabol: The Don Identity (2019) of Vic Sotto and Maine Mendoza and The Girl In the Orange Dress (2018) by Jericho Rosales and Jessy Mendiola. He is a son of a respected production designer in the country, Rodell Cruz, who co-designed Peque Gallaga’s Oro Plata Mata.

Watch the full interview to Ryza Cenon in the video below: