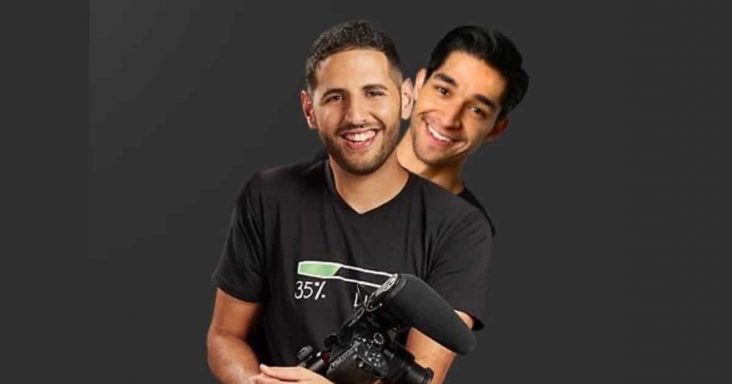 In the episode of Nas Talks titled “Philippines: The Country of Social Media”, the two discussed the love of Filipinos to social media, monetization, and taxation for content creators. Moreover, the two discussed the positive and negative effects of vlogging. Then, Nas opened about a topic that slightly sensitive in the country, the recent shutdown of ABS-CBN.

“Recently, the Philippines literally canceled the biggest media company in the country. ABS-CBN or something, correct?” he asked Dasovich.

Nas said that there must be something to appear to fill the void ABS-CBN left. Then Dasovich remembered that the news channel of ABS-CBN is still up, referring to ANC.

When Nas opened about his plan to go “infotainment”, he asked Will if he thought of it, too, the Fil-Am vlogger explained “I just have to stay more away from politics. I kind of have a golden rule, it’s I try to limit and not talk about politics because you’re always going to upset a huge group of people.”

“Wil, I’m going to stop you right there because you already did talk about politics. How do I know that? Because we partnered together on a project, it’s the Taiwan project. That is politics. That is information, where you uploaded a video where we were talking about Taiwan’s response to coronavirus. That’s not divisive politics, that’s good news. But that is still news which you have done,” Nas reminded his fellow content creator.

Dasovich explained why he choose to avoid news and politics, “Okay, this is my take. I am very mindful and aware of how things affect me and my emotions. And I noticed that the more I watch the news or follow the news, it makes me more sad. And I want to do everything that I can to be happy because, simply put, when I’m happy, I’m able to transfer that energy to everyone who watches me and be happy. The easiest way to make the people around you happy is to be happy yourself, so I limit the news as much as possible”.

“Yes, I may talk about the news every now and then when you need to, but for me in creating content, I really try to keep it light. Because at the end of the day, I believe that people come to watch my videos because they want to rest and relax and be stress-free for 10 minutes,” he said.

Nas Daily said he “vehemently” disagreed with Dasovich: “When something major happens in your country, you will be forced to talk about it. If the Philippines right now declares war on China, and China declares war on the Philippines, you’re not gonna go and make a vlog saying, ‘Hi guys, let’s play video games.’ I don’t see it. Impossible.”

“So you’re essentially, I’m sorry to break it to you, but you’re a dormant news channel,” he said. “You’re like an inactive news channel right now. But I’m willing to bet $10,000 right now that if, God forbid, some major event happens like a tsunami or a war or an earthquake or whatever, you are going to become a news channel.”

“A news channel for good, right, but nonetheless to tell the news.” Nas said.

Dasovich agreed with Yassin’s points “100%,” but said that he will “cross that bridge when it comes.” Listen to the whole podcast episode of Nas Talks below:

Also Read: #Wilodia: Alodia Gosiengfiao’s fun visit to Wil Dasovich in the US