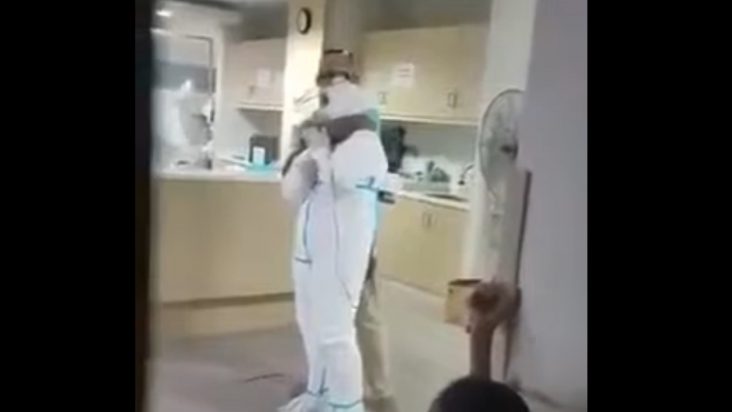 The hostage taker is identified as Hilarion Achondo, a 51-year old security guard, according to the Quezon City Police District (QCPD).

According to initial reports, Achondo was brought to the emergency room of East Avenue Medical Center after getting injuries in a motorcycle accident. Suddenly, Achondo then pick a syringe and aimed at the neck of Dr. Russell Carandang, the lady physician, who was also attending to several patients around 5:50 a.m.

“Sensing the immediate danger to the victim, Staff Sergeant Bienvenido Ribaya III introduced himself as police officer and tried to calm down the suspect, but the latter did not make any demand or complaint,” the police report read.

While being hostaged, Dr. Carandang said she would still help Achondo, according to Maj. Elmer Monsalve, head of the QCPD’s Criminal Investigation and Detection Unit.

The suspect eventually released the physician and threw off the syringe that leads the police team to arrest him.

Maj. Monsalve said they would file Grave Coercion and Alarm and Scandal charges against Achondo and possible violation of the Bayanihan To Heal as One Law.