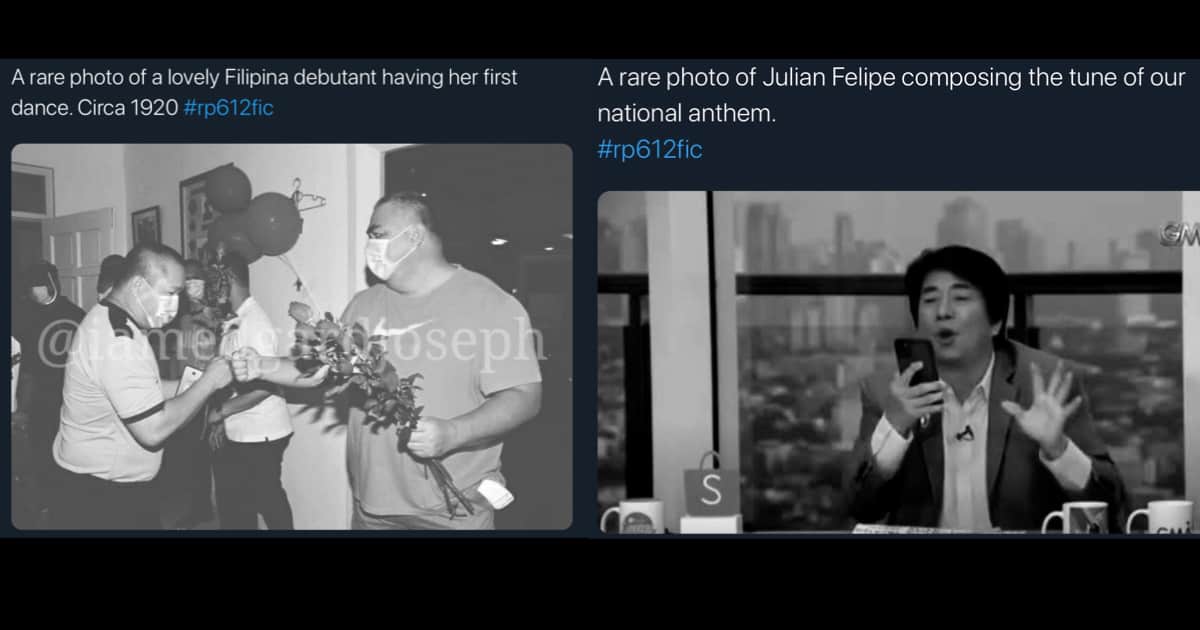 The viral hashtag #rp612fic once again a trending topic June 12 of the year.

Many Filipino Twitter netizens celebrated the Philippines’ 122nd Independence Day by posting their entry under the viral hashtag as they reimagine the Philippine history by connecting with the recent events and personalities in the country.

According to Wikipedia, the hashtag #RP612fic is an alternative history storytelling event held in celebration of Philippine Independence Day every June 12, in which Filipino writers and other artists use Twitter to post tweet-length flash fiction. The hashtag is based from the following:
RP stands for “Republic of the Philippines”; 612 refers to the date, June 12; and “fic” is simply short for Fiction.

The movement was started by Philippine Alternative Mythology writer Paolo Chikiamco in 2009.

Most Filipino netizens get witty, creative and at the same time, are critical with their entries. Some posted photos of their favorite Korean groups, online personalities, and loved and controversial government officials. Some are screenshots from memorable movie, television and online shows.

Below are some of the popular tweets under the hashtag rp612fic‬ this year:

Sen. Koko Pimentel’s head is photoshopped over a toddler’s picture.

Then popular strolling store driven by a horse is compared to online shopping store, Shopee.

A photo of Mocha Uson reading a book.

A viral video of group of officials fall over a wooden bridge seems like a trap set to one netizen.

Another viral video, this time a boy serenading a lover with the popular OPM song, and related it to Jose Rizal’s one way of wooing Josephine Bracken.

Wowowin host Willie Revillame is a modern day Julian Felipe to one tweeter.

While Sen. Bato dela Rosa is Padre Damaso is another netizen.

Police officer Debold Sinas’ is a debutant to one netizen.

Mayor Vico Sotto looking up the sky is like re-enact move of Philippine national hero.