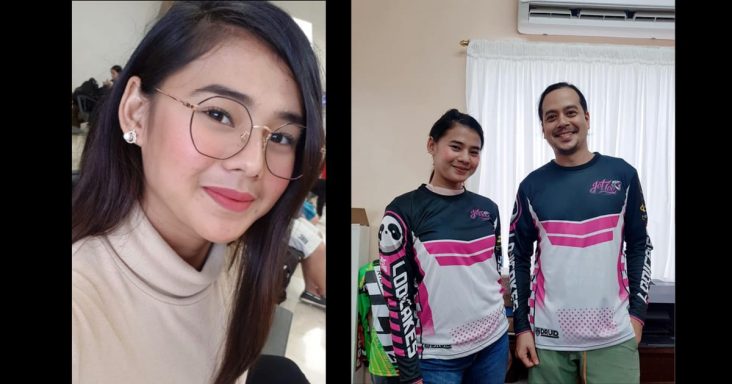 Motorcycle rider and vlogger Maria Rica Cobarrubias, more popularly known as Jet Lee shared her dismay to the rumors circulating about her and John Lloyd Cruz.

Jet Lee was tagged as rumored girlfriend of the Kapamilya actor after several photos of them circulated online. Based on the photos, she and Cruz enjoyed friendly camaraderie with their similar interest in motorcycle bikes.

On her Facebook Page, June 16, the Motology and OZRacing Ambassadress cleared to her fans, “nag papapicture lang, jowa agad.”

Below is one of the photos that she mentioned. It was a photoshoot with the ABS-CBN star for motorcycle rider jersey, Moto Vanity. The post has caption, “JL meets JL (Jet Lee meets John Lloyd)”.

Jet Lee rose from fame in the Moto industry and became social media favorite with her fearless motorcycle stunts, and extraordinary fast driving of big bicycles, a rare combination of skill and talent in the world lead by men. She is charming, sexy and beautiful.

John Lloyd Cruz has been separated to Ellen Adarna, since 2018. The Filipino actor is enjoying his life as a parent to son Elias Modesto. He expressed his love for his son in an Instagram live video with on-screen partner, Bea Alonzo. Early June, Alonzo shared on IG Story her approval wherein Cruz was part of food distribution project for Cebu frontliners.

On the other hand, Ellen Adarna is in a long-distance relationship with Spanish guy. The Cebuana celebrity actress said that LDR is good to her as she can do her duties as a mother to Elias Modesto.