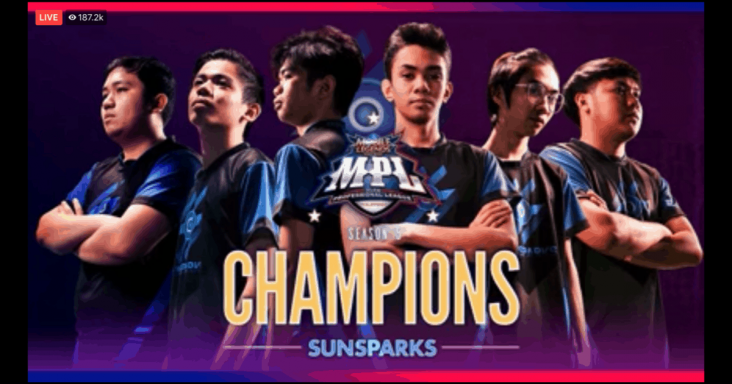 The two tied in a 1-1, but the Sunsparks PH got their series advantage by grabbing the long Game 3. Sunsparks PH gained their confidence to finish the series, as they picked their core heroes, Kimmy, Khufra, and adding an invisible assassin to counter ONIC PH’s main damage dealer, Hanzo. Kielvj bagged the Finals MVP in an almost perfect performance using his marksman hero, Kimmy.

MPL PH Season 5 is broadcasted on Mobile Legends: Bang Bang Facebook Page as the lockdown is still implemented in the country. The MPL PH series was shoutcasted by the tournament’s favorite, Manjean tandem. Wolf, Dogie, and Prof B hosted the last day’s series.

Sunsparks PH said their sacrifices paid off. They advised their fans to keep on dreaming and don’t give up. It’s natural to lose but don’t stop and win the important ones.

Mobile Legends is one of the most popular mobile online game (MOBA) not only in the Philippines and in Southeast Asia, developed by Moontoon.

Also Read: Kai Sotto to sign a deal in the NBA G League