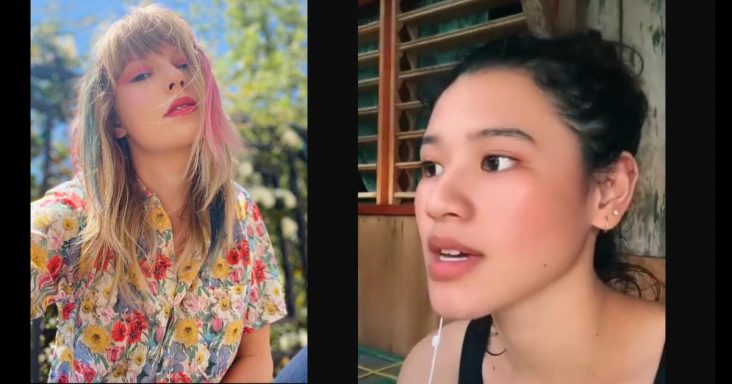 Put your headphones on and listen to the voice of this young Filipina who sounded similar to Taylor Swift!

Meet Kemrie Barcenas, a truly Swiftie fan, and now dubbed as “Taylor Swift ng Pinas!” Her TikTok videos became viral after another Swiftie fan, Mark Saranillo, created a video compilation of her singing “Back to December and Love Story” that sounded similar to the voice of the Award-winning American singer-songwriter.

“I have always been a Swiftie fan. Will forever be a Swiftie fan. I mean she’s one of the reasons why I just really love music. And for a fact that my friends would say that I kinda sound like her, maybe I should take that as a compliment, right?”, she said on one of her Tiktok videos.

As of this writing, the viral video has been viewed close to 700 thousand times, with 38 thousand positive reactions on Facebook.

Kemrie can be seen on Instagram (kemriebonanza). Just like her idol, Kemrie writes and sings her songs, which are available on her YouTube channel. Below is a video of one of our latest original songs, Impressions.