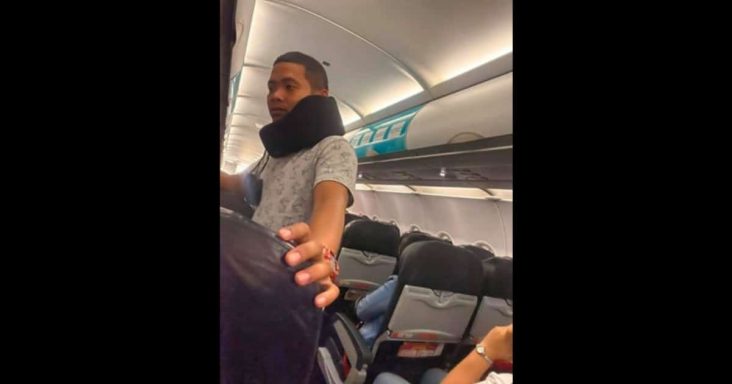 Remember the photo of a woman taking a selfie as she is standing inside the bus? The guy, who found himself in her pictures, posted an apology post, which turned out viral on Facebook. The netizens understood his reason and get sympathy from the public.

This time, the Filipino netizens are laughing at a hilarious parody picture of the viral bus incident. Jaspher Riazon Oca posted his version while inside the airplane.

Jaspher, with a travel pillow over his neck, is standing while a glimpse of a woman seating is near his back.

The post immediately went viral as the bus incident is still fresh in the recent memory of the netizens. The post is shared over 107 thousand times on Facebook, and gathering over 102 thousand reactions and four thousand comments. Japher’s joke is approved by most who saw it but some took it seriously. Someone even said that flight attendants have their own seats. No matter what, Jaspher’s post made the day of the most netizens.

Also Read: This netizen can’t stop himself not to share his kilig to a flight attendant