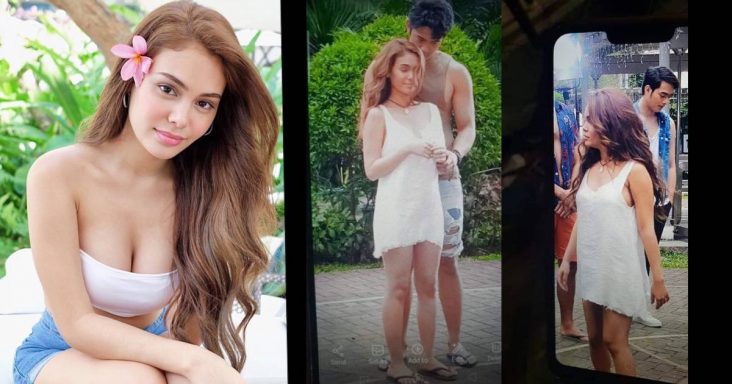 A creative director is looking for a stunt double for sexy actress Ivana Alawi, the leading star of ABS-CBN’s new teleserye show.

The famous Filipina Moroccan actress will star in a drama series “Ligaya” with actor Kit Thompson. In a post by Adrian Manaois, they are looking for stunt diver for the popular model actress. The double will act as a pearl diver, with a height of 5’2 ”or 5’3”, with a wavy long hair similar as shown in the actress’s photos. Do you or know someone who fits to become Ivana’s stunt diver? Just contact Adrian, this might be your stepping stone to be a Kapamilya star.

Ivana Alawi signed an exclusive contract with the Kapamilya Network last February. Her contract also includes Star Cinema and Star Music. Prior to her signing, Ivana appeared in a 2019 drama series “Sino ang MaySala?: Mea Culpa, 2018 Precious Hearts Romance: Araw Gabi, and guests in FPJ’s Ang Probinsyano. Moreover, she’s also one of the hopefuls in GMA 7’s Starstruck Season 6 in 2015. She reached the top 28 round but didn’t make it to the second elimination night.

But that doesn’t the aspiring star. Ivana gained success in social media. Her YouTube vlog channel is well-received by the netizens, which has now 4.5 Million subscribers and has more than 178 Million views and counting. The video above is one of her most viewed with whopping near 17 Million views. Netizens are almost all eyes on her, even her past photographs are investigated to know her past lovers. Including the viral pictures of her and former actor turned politician Dan Fernandez. She also has huge following in Instagram and Facebook, making her a household name.

Now she is set to a new journey of her career with the Kapamilya network.