You are here: Home / news / Gapan Mayor Pascual donates 6M php to give 50kg sack of rice per house
ShareTweet

In addition to the sack of rice per house, the Gapan residents will receive 3000 pieces of eggs (via Fresh Egg Inc) and canned goods daily. He will also give chickens to the residents, which they could cook into Filipino favorite dishes, adobo or tinola. He will buy the chickens to the poultry farm owners so they don’t need to sell them outside Gapan city.

During his 56-minute Facebook Live post, he answered questions from the Gapan residents amid the enhanced community quarantine. This is in order to maintain zero positive infection of the coronavirus in the city. He also give his appreciation to those who send donations including the six elementary grade schoolers who send their 1800-peso savings.

A netizen named Omar posts some of those mentioned in Mayor Emeng Pascual’s Facebook Live post, which is well-received especially by the Gapan residents. The post eventually went viral. Below is the full transcript of the post. 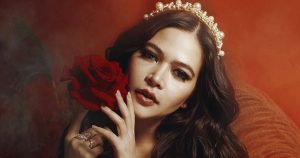