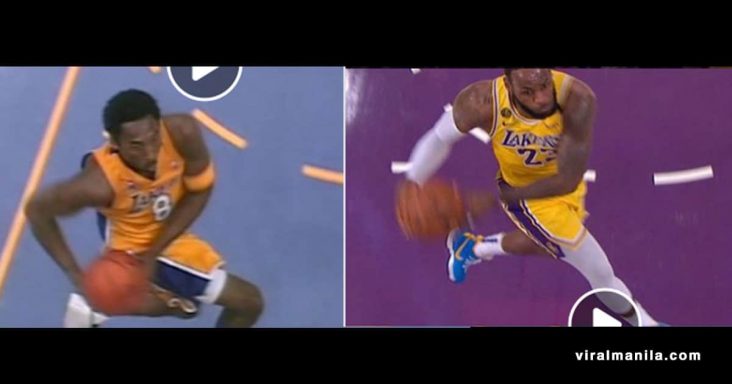 A stunning dunk photo of Lebron James is making rounds in the internet recently. The Los Angeles Lakers superstar is beautifully photographed as he did a behind-the-back slam dunk in a fastbreak against the Houston Rockets.

The move is more special as it resembles a familiar classic hightlight by the Los Angeles Lakers legend – Kobe Bryant. It’s unknown if Lebron did it on purpose but the dunk perfectly resembles one of Young Kobe’s popular moves during his early years with the Lakers.

One of the reddit users commented about the hightlight said,

When LeBron threw that down my first thought was “wow he doesn’t usually pull off stuff like that”. I absolutely believe he did that on purpose to pay homage.

Usually, Bron pulls a thunderous tomahawk slam in an open fastbreak but that time, considering his age he did something more special.

The day after the Lakers game, the Los Angeles Lakers posted the video above on their Facebook page and Twitter account. A side-by-side footage of Kobe’s classic dunk edited with Lebron’s slam.