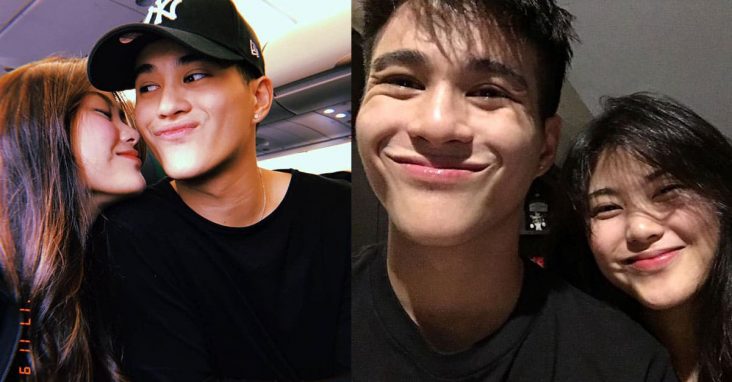 Emotions run high at the last day of funeral wake for Franco Hernandez.

The Hashtag member who died of drowning incident leaves his family, relatives, and friends including his It’s Showtime family mourning because of his sudden death. But one person whose affected the most is his girlfriend Janica Nam Floresca. She was with him during the tragedy happened at supposed to be a fun vacation in Davao Occidental.

During the last night of Franco’s wake in Arlington Memorial in Quezon City, Janica Nam dedicated a song they usually sing together – ILYSB by LANY. Before she sings, she said that Franco must be happy right now because many people came and show their love for him. Janica can’t stop herself not cry while singing their favorite song.

Moreover, Janica Nam remembers the happy and romantic moment of her with Franco while singing this LANY hit, a day before Franco’s last day of wake. The post already viewed close to 2 million times, where thousands of fans send their condolences and motivating words to her to stay strong in this tough time.

“the same song when they were happy dancing intimately huhu and she sang it for him for the last time…what hurts the most is hearing the song you used to share together…stay strong ate nam,” YouTube user she writes sometimes commented.

Oh, my heart hurts so good
I love you, babe, so bad, so bad

Our deepest condolences to Nam and Franco’s family. May his soul rest in peace.