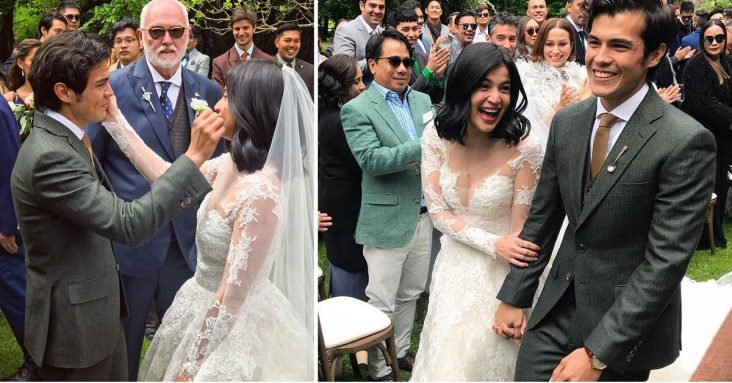 Their much-anticipated wedding happened on Sunday, November 12, 2017, in Queensland, New Zealand. Family and friends of the newlyweds fly to NZ to attend the wedding ceremony, including Anne’s It’s Showtime co-hosts and showbiz friends. The wedding ceremony is kept solemn and private as no cameras are allowed.

“No me without you and no you without me.” Said Anne to Erwan #TheWanforAnne.” via @officialtimyap

The couple began dating in 2011 and got engaged last year in December. Erwan posted yesterday the heartwarming last 2-minute part of the video that Anne watching before he popped the question.

To Anne and Erwan, congratulations! Cheers!