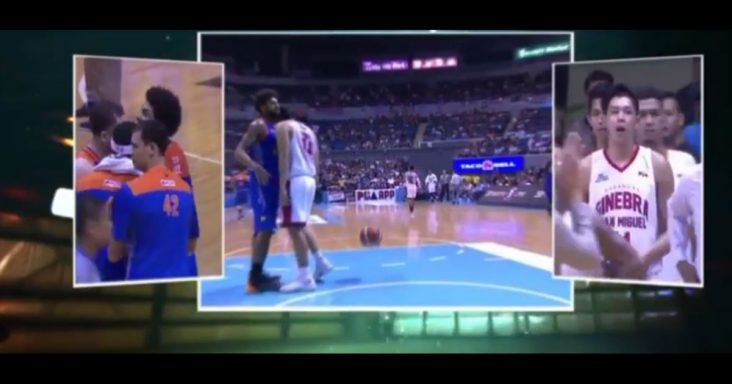 The TNT Katropa import received two technical foul calls after shoving and throwing the ball to Kevin Ferrer, 1:41 mins left in the first quarter. The incident happened when Rice is going to get the inbound ball after a made basket by Ginebra. But the pesky Ferrer blocked his way. The BGSM forward got under the import’s skin and did the unexpected moves.

He also had exchange of words to one of TNT Katropa coaching staffs. The angry import went ejected and received loud boos from the Ginebra crowd.

There’s also a heated history happened between the two at the Game 3 of the PBA Semifinals Series.

This is a must win for the TNT Katropa to even the series while the Barangay Ginebra San Miguel leads the series 2-1 and only needs to win this game to go back in the PBA Governor’s Cup Finals to face the waiting Meralco Bolts.