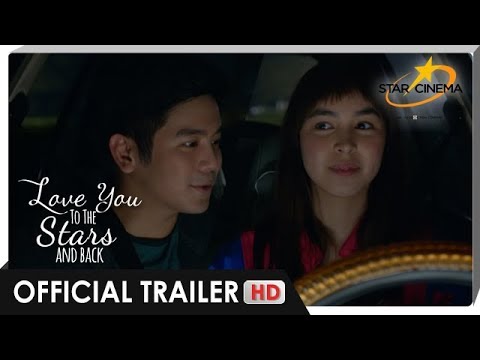 The much-awaited trailer of JoshLia’s new movie is here!

Julia Barretto and Joshua Garcia give us 2:25 minutes of romantic comedy sneak preview of “Love You To The Stars And Back”. This movie will serve as a follow-up to their remarkable appearance in an episode of Maalaala Mo Kaya and successful MMFF entry “Vince, Kath, and James”.

Directed by Antoinette Jadaone – dubbed as “Blockbuster Hugot Director of the Philippines”, the trailer introduces Julia as a teenage girl who believes in the existence of aliens, with the influence of her mother, played by Carmina Villaroel.

After the passing of her mom, Mika (Julia’s character) will accidentally meet Caloy (Joshua’s character) in a not-so-formal place but will eventually join her road adventure and she’ll fall in love with him afterwards.

But there’s a catch, Caloy has cancer. And that’s something to look forward in this movie.