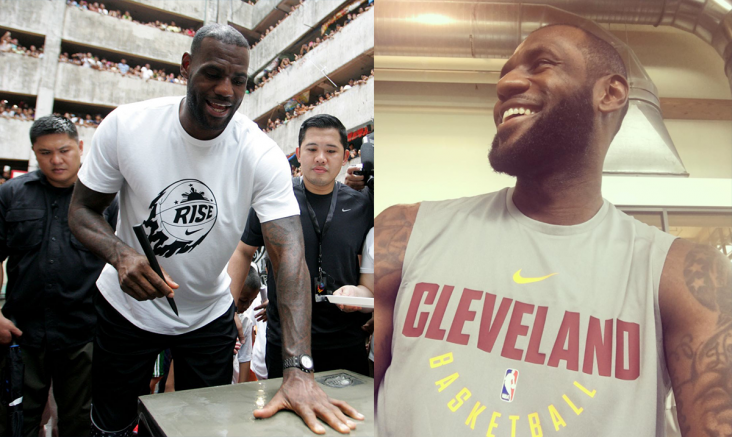 The NBA Four-time MVP basketball superstar will visit the Philippines for the third time. The King’s return is part of Nike tour “LeBron James Strive for Greatness Show” on September 2, 2017, at the Mall of Asia Arena, Pasay City.

Filipino fans will have the chance to watch Lebron be a playing-coach of the current Gilas Pilipinas team against the former Gilas stars.

The Cleveland Cavaliers’ main man last visited the country two years ago in an exciting dunk fest “Rise Beyond Belief” tour. His first was back in 2013 for “Witness” tour, after winning his first championship with the Miami Heat.

Nike will also release three shoes linked to the Lebron James Tour Manila 2017 in limited quantities, from September 1 to 3, the statement said.

The identity of the shoes will be only be revealed 23 hours before the shoe launch.

Irving was instrumental in Cleveland Cavaliers first championship, helped the Cavs overcome the 3-1 deficit and fearlessly made the deciding shot in 2016 NBA Finals against the Golden State Warriors.

Are you excited to Lebron James visit in the country? Share the news with your friends and followers.