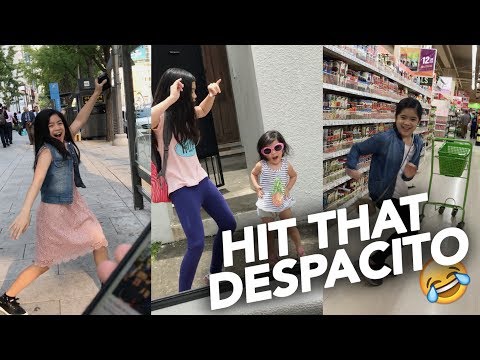 Did you catch the Despacito fever? With its catchy tune and beat, no wonder this Spanish dance song is a global hit!

One proof is this adorable viral video of Niana Guerrero, a teen social media personality. She became internet celebrity for her dancing talent even at her young age.

In the video, her brother Ranz – a former member of Chicser boy group – film her by randomly playing on his smartphone the Despacito song. She can’t ignore not to dance every time she hears the hit by Luis Fonsi. So wherever and whenever they are, at the street, at the elevator, or in a restaurant, once she hears the song, she’ll dance to this song wholeheartedly!

Have fun and enjoy watching. What makes it cute is the last part so don’t miss it!