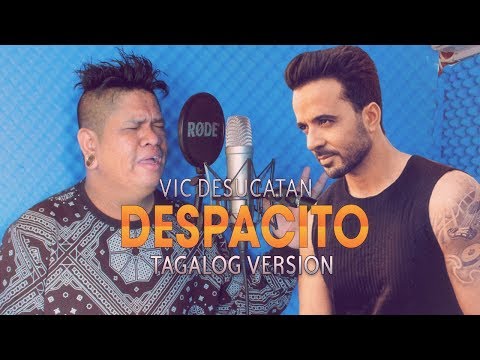 There’s a catchy Spanish hit that’s making noise today not only in the country but in the international music scene.

Despacito is a reggaeton-pop song released by Puerto Rican artist Luis Fonsi featuring Daddy Yankee, by far the most successful single by Fonsi. This primarily sexy and romantic Latin song topped the Billboard chart since Macarena in 1996. In addition to that, the Despacito music video has already reached the one billionth views last April 2017.

There are several remixes released after its initial success. One of the remixes that massively add to the song’s success is their collaboration with Canadian pop singer, Justin Bieber, which opens the door to the English-speaking countries.

No wonder this version of Despacito translated in Tagalog is also an immediate hit. YouTuber Vic Desucatan wrote the song lyrics that broken hearted ones will be quick to relate.

Without further ado, watch and sing to this beautiful Tagalog rendition of Despacito by Vic Desucatan: