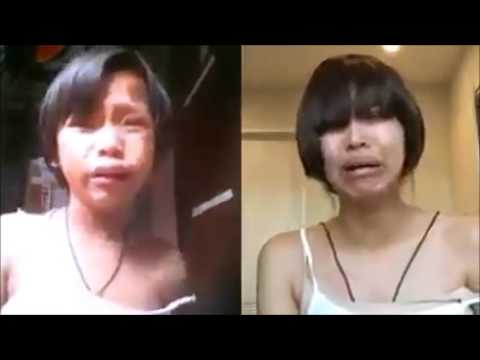 Yes! The Philippines’ Dubsmash Queen is back! This time is a bit different.

You might already watch the hilarious yet adorable viral video of a young Filipina girl who tries to record a selfie video while singing “Nung Ako’y Bata Pa” but ended up with a quarrel with her brother, who distracts her when she started the recording.

Today the other half of Aldub, Maine Mendoza A.K.A. “Yaya Dub” of Eat Bulaga’s Kalyeserye, tweeted her own funny version of the hit video with the help of his own brother -Dean Mendoza, who imitates the ‘little brother’ in the viral video. Obviously, her fans and followers had great time watching, no wonder it also became an internet sensation as well.