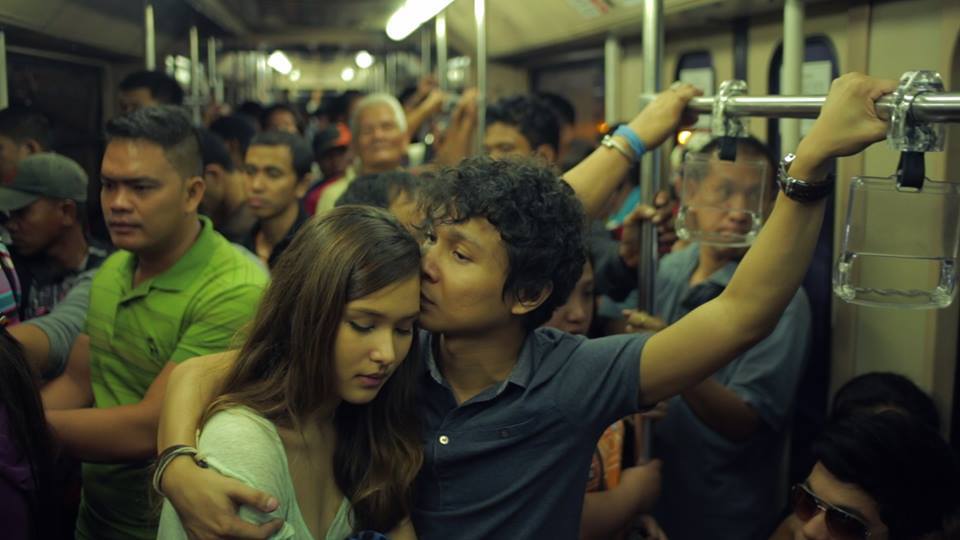 Finally, the much-awaited and critically acclaimed romance indie film of 2015 is having a nationwide release this November! Ang Kwento Nating Dalawa (AKND) is not your typical boy meets girl love story.

“As clouds begin to roll, we see the afternoon life of a busy city. Cars jam the streets, as people make squares of the side streets they walk on. People queue in line as they try to board the city train. This is SAM’s picture of his daily route to the university. He is a young filmmaker, who in his daily commute, picks up his girlfriend ISA from the train station before heading to school together.
The gloomy weather seems to be painting the day for the young couple. Problems between them hover as they both try to delay the inevitable — ISA is about to leave for the States after graduation, while SAM has a fellowship offer from one of the leading film schools in the world. The air between them is rife with doubts, fear, and their unspoken dilemma looms on the horizon.
Should SAM and ISA stay, or should they just let go?”

Directed by first-time director Nestor Abrogena, this film is one of the entries to the 2015 World Premieres Film Festival.

Check out the trailers:

Moreover, aside from its film story, the beautiful soundtracks are something to watch out for, too.
Love this movie? Spread the news! Share this post with your friends!
image credit: Ang Kuwento Nating Dalawa Facebook Page
Advertisements
Next post