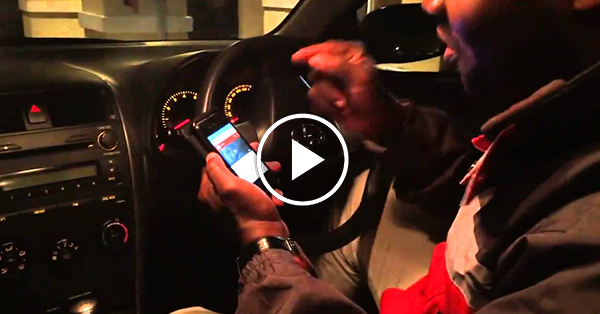 Have you heard a song that can’t get out of your head? I bet you do. Especially if that song reminds you of special memories during your childhood days.

One example is this heartwarming video of a taxi driver named Allen. He’s from Congo. It was 1993, Allen and his mother often visited local Chinese-owned shops, where they always heard the song. His mother liked the song that they get a cassette copy from the shop owner.

Later, Allen and his mother migrated to South Africa and somewhere in the process the cassette tape was lost. Eventually, his mother died. Allen got heartbroken and to find the song again will cherish again his memories of his mother. So he came back home to visit again the Chinese store but unfortunately it was already closed.

For 20 years, Allen works as a taxi driver. Every time he got Asian passengers, he hums the melody of the song to try if the person could tell him the song’s title, but no one ever knew. Until one day, for the first time he got Taiwanese passengers and his long search has come to an end.

Watch his emotional reaction in the video below: