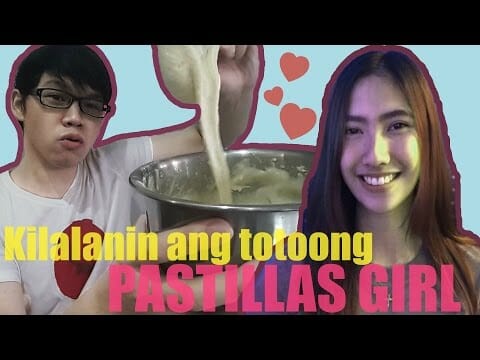 No wonder how the video rant/tutorial of Angelica Jane Yap, popularly known as Pastillas Girl, gone viral not only online but to the mainstream Philippine TV channel. She even got a Twitter-serye segment in It’s Showtime, where she’s in search of her Pastillas Boy. She now has three suitors who are hoping to get a chance to date her and could be her boyfriend.

As expected, lots of video rant/tutorials, which also have the same style, are uploaded to piggyback the popularity of Pastillas Girl. There are also male versions. One guy even wants to teach her how to prepare a cup of coffee, inserted with bitter love lines.

But one that features Pastillas Girl (and how to apply the steps), making noise in the video below uploaded by the Tee Radio Facebook page. Presented in a highly entertaining and clever way and great sense of humor, it’s not surprising that it already got more than 11 thousand likes and 5 thousand FB shares, just 3 hours ago it was published, as of this writing.

Who knows, he might be the real Mr. Pastillas that Angelica is looking for.

P.S. What’s that ingredient is REALLY for anyway? 😉